You do not have to face Divorce or Family Law issues alone.

Call 770-408-0477 now to speak with a caring attorney that is a part of one most effective divorce teams in Georgia that will work with you to achieve the best result possible. 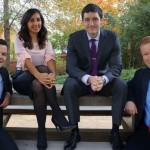 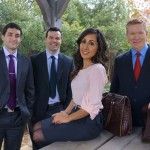 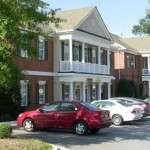 Abandon – To knowingly give up without intent to return.

Abuse – To act in an unjust, corrupt or offensive manner. Can be of verbal, emotional, physical, or sexual manner.

Ad Litem – Latin for the suit.

Addiction – The habitual consumption of a legal or illegal drug with adverse effects on ceasing.

Adoption – To takes as one’s own.

Adultery – Occurs when one party has voluntary sexual intercourse with a party other than his/her spouse. Can be proven via circumstantial or direct evidence. Can be a fault ground for divorce in the state of Georgia.

Affidavit – A collection of facts in the form of a statement written under oath and signed under supervision of a notary public.

Alimony – Spousal support. Can be decided by a judge or in a premarital or post marital agreement.

Annulment – A judicial declaration that a marriage was invalid from its inception. Children cannot be born of marriage to qualify.

Ante-nuptial – An event or document which predates a marriage. See prenuptial agreement.

Appeal – A higher courts review of a lower court decision.

Child Support – Money that is paid from one parent to the other to help meet the child’s financial needs. Decided upon by the court to favor the best interests of the child. Georgia uses a formula that takes into account the financial status of both of the parents when determining the amount that is to be paid and the timeline of payments.

Civil Union – A formal union that results in conditions and rights similar to marriage. Can be between people of different or same genders.

Contempt – Willful disregard and act of disobeying of a court order when the party has the ability to comply but chooses not to. Can be punishable by incarceration.

Defendant – The person against whom the complaint has been filed.

Deposition – A pre-trial device by which one party’s attorney asks questions of the other party or a witness for the other party under oath. The testimony is typed in question and answer form, like it was given in court.

Divorce – The termination of a marriage by legal action, requiring a petition or complaint by one party.

Equitable Division – The manner in which the state of Georgia divides marital property, assets and debt in the event of a divorce. Division is thus not equal, but is fair, based on factors that the court takes into account when making a decision.

Fault Divorce – Divorce filed under one of the fault grounds accepted in the state of Georgia. The plaintiff must prove that the spouse is legally at fault in order to file a fault divorce. If this is not possible, a no-fault divorce can be filed.

Final Judgment and Decree of Divorce – An order that is signed by the judge and dissolves the marriage, resulting in the division of rights and responsibilities as decided on through the case.

Guardian – An individual who, by legal appointment, is given custody of property or person whom another is unable to manage.

Guardian Ad Litem – A neutral third party, who, in the case of a request for a child custody modification, can be appointed by a judge to represent the child and their best interests. The Guardian Ad Litem has the responsibility to provide the judge with reports and documentation that can be used to reach a final decision. This person has the right to visit the child at home or at school, interview the child’s teachers, therapists, physicians, relatives and parents and review any relevant records and/or documentation to create the report that will be presented to the judge.

Hearing – An appearance in court where both parties can argue on behalf of themselves (usually through an attorney.)

Joint Custody – A court decision that declares both physical and legal custody is shared by both parents.

Jurisdiction – A court’s authority over a person or subject matter that enables them to make a decision in that specific matter.

Legal Custody – The power given to one or both parental parties to make decisions regarding the child’s upbringing.

Marital Property – Assets acquired during the marriage. Unless a prenuptial agreement was drafted, marital assets are subject to equitable division under Georgia law.

Mediation – A nonbinding intervention between parties with the aim of producing a mutually agreed upon outcome outside of court.

Modification Action – A legal action asking the court to modify a previous order due to a change in circumstances. Can apply to child custody, support, alimony but not to division of assets and property.

Motion – A written request by one of the parties to ask the court to take an action in a pending case; usually results in a hearing.

No-Fault Divorce – A couple in Georgia can file for a “no-fault” divorce, providing grounds that the marriage is irretrievably broken and that no reconciliation is possible in order to file for divorce. This ground is used in uncontested court cases.

Notice to Produce – This document is similar to a subpoena, but instead of being directed at a third party, it is directed to the person themselves, requiring them to produce requested documents to any future hearings or trials.

Order – A document setting forth a judge’s decision in a case presented before the court.

Physical Custody – Refers to a person who has actual physical possession of the child. Can be assigned as “joint” or “sole” custody.

Plaintiff – The person who files the complaint and opens the case. Also called the petitioner.

Prenuptial Agreement – A contract entered into by prospective spouses prior to marriage but in contemplation and negotiations thereof.

Pro Se – A Latin term used when a person is representing him or herself in court.

Retainer – A fee paid to an attorney to work on a case.

Separate Maintenance – An action filed for support between two spouses that are not living together but are not seeking a legal divorce. Can be useful out of religious or personal reasons, including the possibility of reconciliation or seeking to continue receiving benefits from the partnership.

Settlement Conference – A meeting at which the parties and their lawyers attempt to settle a case before the trial occurs.

Subpoena – An order to a third party to supply documents or testimony that are relevant to the case.

Venue – The particular geographic area in which a court with jurisdiction may hear a case and determine its outcome. Typically, a lawsuit is filed in the county of the defendant’s residence.

Witness – A person having facts or information pertaining to a specific situation that can be used in court for testimony.

Copyright © 2016 | Coleman Legal Group, LLC | All Rights Reserved. Coleman Legal Group, LLC • 5755 North Point Parkway, Suite 52 • Alpharetta, GA 30022 • 770-609-1247 DISCLAIMER: The information you obtain at this site is not, nor is it intended to be, legal advice. You should consult an attorney for individual advice regarding your own situation.

How Can We Help You?